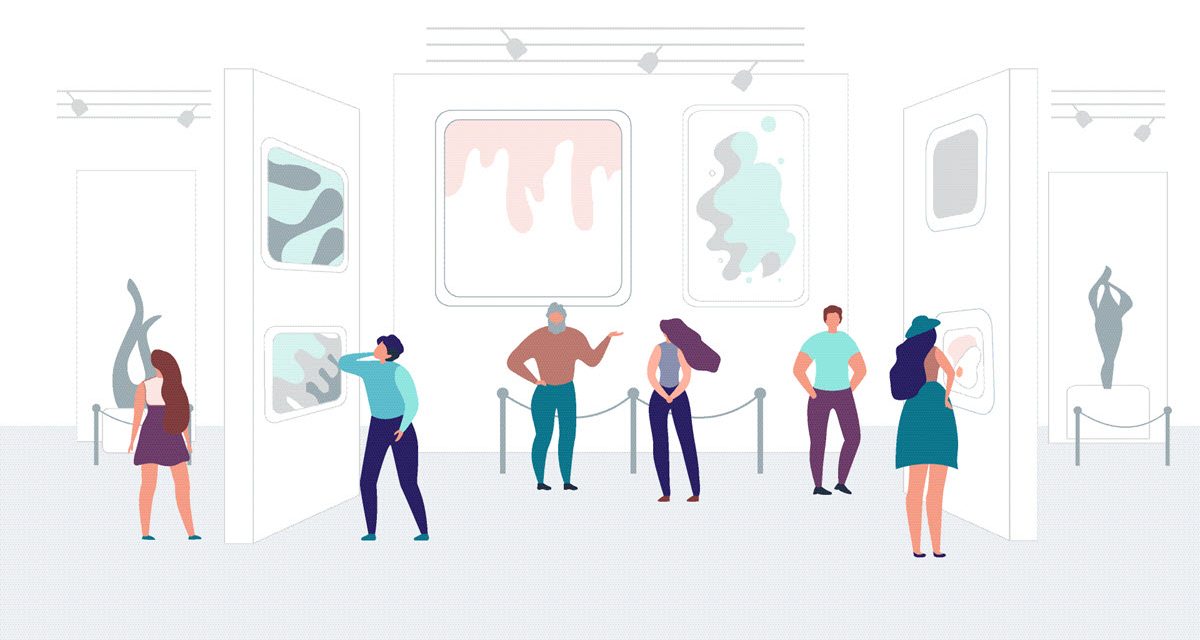 Readers are ready to get back to in-person shows

Over half of handmade crafts artisans and 70% of fine-art and fine-craft artists said their virtual-show sales have been “bad” and they aren’t going to try one again after live shows reopen, according to a survey conducted by Sunshine Artist.

The poll was conducted via email and had several hundred respondents. The results were the most marked and negative among those who classify themselves as “fine art” or “fine craft” – the higher-end audience of Sunshine Artist readers. Among that group, not only did 70% say their sales were “bad” but only 6% called their sales “very good.”

Among the handmade makers, where the price points are lower with 80% averaging $100 price points or less, the results weren’t quite as critical. Just over half (54%) said sales were “bad” and only 9% said “very good.”

And a detailed inspection showed that the numbers were actually more kind than reality. Many of the artists and makers who responded with “very good” were actually referring to good sales to existing customers specifically using Facebook Live or email. Their virtual-show sales (outside of existing customers) were not good at all.

The typical response came from John Blowers of John Blowers Art in Inverness, Florida. He is a painter and his wife is a jeweler, and their experience seems to be very typical.

“The live shows work. My paintings are very textured and it’s hard to show that online,” Blowers said. “My wife is having success with her jewelry doing online auctions. My work still sells best in person. I am starting to sell a few prints online and even a couple originals now that I’m able to do live shows again and people have seen the work.”

Most of the artists and makers not only said “never again” but they were adamant and vociferous about it. Many of the responses were almost hard to read.

There were some common themes among respondents. Here is a summary.

“There is a karma with our work,” said Sue Davis of Visual Joy Studio in Salisbury, North Carolina, which specializes in kaleidoscopes and glass. “It has to be touched, looked into, look through and changed by angle or light. The connection has to be made. In selling kaleidoscopes, picking it up is important, seeing the images change and finding the light just right is critical.”

Online events and sales are better for repeat customers

Artisan after artisan said the same thing: You can sell something online to somebody who already knows your product, but you’re not going to get many sales from people who don’t.

“It appears the vendors already well connected online have done well with an already established customer base,” said Kerri Shanon of KShan Jewels of Fitchburg, Wisconsin. “I added an online store in April 2020 to my website. I added online capability to sell on Instagram. I’ve collaborated on social media with an influencer and social media consultant to do giveaways, online promo sales, free shipping. I also have a newsletter. I have had minimal success selling online to NEW customers.”

Further, the virtual-show platforms usually don’t bring artists and makers new customers anyway; they encourage their online vendors to drive their own traffic. “I already have a website,” said one artist who preferred not to be named. “If I’m going to get my existing customers to my website for a sale, I can do that myself.” Added Diana Taylor of Ficklesticks in Little Rock, Arkansas, “I think we did better promoting ourselves through social media than trusting some other organization to find business for us through some virtual show.”

“Facebook is my go-to selling place,” said Char terBeest Kudla of Helen’s Daughters Studio in Baraboo, Wisconsin. “It will never replace an actual fair, but it has worked nicely in these stuck-in-the-studio times. My first (Facebook Live) was wildly successful. I have not had much success with virtual art fairs.”

Heidi Hammel of Reclaimed Creations in Media, Pennsylvania, said she helped arrange an online show for 12 artists that lasted 22 days. The group had three sales total between them. However, she also said she started an online store and created an “event” of sorts via a marketing blast over two months (online, social media, and email) and that produced over $2,000 in sales, including five custom orders, so she’ll keep trying that several times a year. “I plan to join 1-2 future virtual shows but will put much more attention on my website store and in-person shows,” Hammel said.

“Most sales online were people who saw my work at a show,” said Keith Combs of Coppercat Jewelry.

Artist after artist said the same thing: Online shows are a tremendous amount of work. First, there is the learning curve of how to photograph and list items online. Then comes packaging and shipping, which can be overwhelming, obviously depending on your product.

“Despite spending MANY hours putting together photographs and accurate descriptions, (virtual shows) were a waste of time,” said one artist, who also mentioned that they used one online event-sales service that made the process easier, but “still no sales.”

“First of all, my glass is very hard to package to ship,” said Cindi Mapes of Designs by Cindi in Pearce, Arizona. “It all has to be double-boxed, and I have to charge shipping.” Said a textile artist, “These virtual events require so much more work for each sale, at a lower price, and there just isn’t the volume to make it worthwhile.”

“The hours it takes to do the work virtually are far more than physically possible while working our shop,” said Marianne Barker of Impressions of Saratoga, Inc. “In-person shopping is far more time-efficient.”

There was not 100% agreement on this topic, however. There were a few artists who said that in their opinion, traveling to shows was more work than selling their products online and shipping. Those makers create products that are amenable to affordable shipping, like jewelry.

One thing that is very effective for sales, and not just marketing, is emails to previous customers. “My newsletter mailings often bring good sales,” said Amy Brandeburg Studio of Asheville, North Carolina.

“What works the best for me is occasional flyers and special emails to our established customer base who already know my work and want it,” said Kate Jones of Kadon Enterprises, Inc., of Pasadena, California. We’re lucky to have most of their emails.”

David Mangels of Four Crows Photography in Acton, Massachusetts, said virtual shows have been good for marketing back to people who already knew his work, but not to people who didn’t. And similarly, he said, “Marketing to my email list through Mailchimp has been my best tool.”

“In-person shows are where I’m investing my future, along with a good CRM system and consistent emails to leads and existing customers,” said Terri Schuvert of Prairie Dance, Inc., in Sioux Falls, South Dakota.

Several respondents talked about how local groups and co-ops can benefit individual member-makers by sharing online/digital resources. A maker doesn’t need to learn how to run a website; they can simply join the local co-op. There’s often a brick-and-mortar shared space, and there can also be a great benefit digitally.

“I am a member of a fine craft co-op (Clever Hand Gallery) and webmaster for the site and online store,” said Nancy Burke of Quicksilver Glass in Westborough, Massachusetts. ”This online store allowed us to serve our clientele while our store was physically closed (last spring) and with reduced hours. We had significant sales, sometimes within minutes, of sending out email newsletters (1,500+) with direct links to featured products online. We have a WooCommerce site (online store). We expect to continue to expand our online store to supplement our physical store revenue going forward.”

Several artists said they respected how hard most promoters and virtual-event platforms worked to make virtual/online shows work. Sales didn’t follow, but with a few exceptions (some respondents were harsh in their feedback of the virtual-show platform they used), most artists said a good effort was made.

“Although a huge amount of work was put into these shows by the organizations – and they were very well done – in terms of sales, there is absolutely no comparison compared to live shows,” said Wendy Jo of Wendy Jo New Metal Designs in Winchester, Massachusetts.

Added photographer Rick Decorie of Cissna Park, Illinois, “I don’t blame it on the show producers. People usually want to see art in person before making a commitment to purchase.” Said another artist, “I made very few sales, compared to live shows, (but) I appreciated the promoters’ efforts. Some didn’t even charge.”

Some artists plan to keep trying

The news wasn’t all bad. One common theme among those who plan to keep trying online and hybrid events is that they improved with each online show they tried.

“I actually didn’t do that well the first show, much better the second,” said Renee Crum of Gaia’s Jewels in Black Hawk, Colorado. “I very much look forward to hybrid events.”

Among those artists and makers who create something that can work online, several said they’re going to stick with the virtual events. “Some were good, some were zeros, most were just OK,” said Ray Jones of Ray Jones Woodcrafts in Asheville, North Carolina. “But they were much less expensive and much easier than live shows and required much less time away from the studio.”

“My disappointment is not being savvy enough in time to be effective (online),” said Debra Bean of Beanstalk Lapidary in Monahans, Texas. “I am determined to get better at virtual-selling by several avenues.”

Sales aren’t necessarily even the point

Many artists said it isn’t just sales from live events that they miss. It’s the interaction.

“One of the things that makes art worthwhile, for me, is not only a sale, but watching customers react to my work,” said Mark Zirinsky who makes metal sculpture under the name Studio Z in Denver. “From each show I have done, there is at least one memorable customer reaction: Going from sad to ecstatic, standing there transfixed, coming back 4-5 times to make sure their eyes aren’t deceiving them. You can’t get that virtually.”

Rocky Landsverk is the Digital Product Manager for Handmade Business. 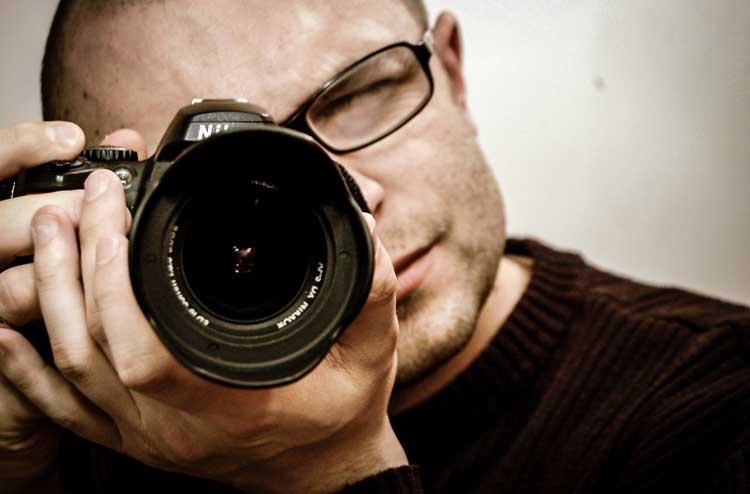 Booth Display — Show Off Your Stuff!