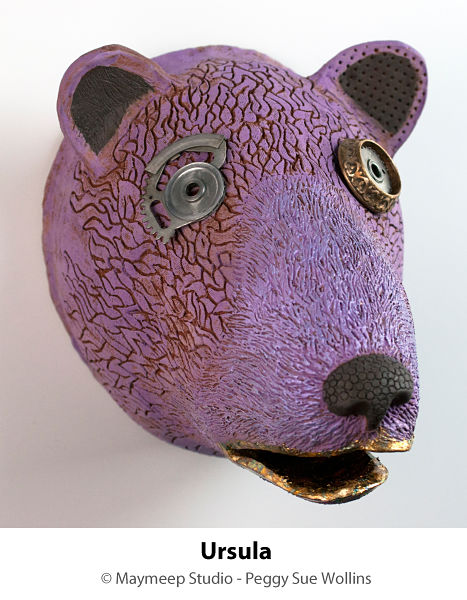 Peggy Sue Wollins has a vivid imagi­nation. When she was a little girl, she made up words, and her word for fun was “maymeep.” In adult life, both her un­tamed imagination and love of “maymeep” have served her well, fueling an interesting and successful handcrafted business.

She always loved the energy found in cre­ative enterprises, and although her family never encouraged the artist in her, many of Peggy’s early adult years were spent as a salesperson in Washington, D.C. galleries where “she never met a stranger.” She loved the people, the art, and oh yes, definitely ev­ery color of the rainbow! Fast forward a few years, and she was a full-time Mom with a definite creative urge. She suggested to her husband that as a Christmas gift, they take a pottery class at nearby Manassas Clay.

That was the gift that changed it all! At first, they made functional ware — cups, plates and bowls. But then came the day they made closed forms. For Peggy, it was great maymeep (read “fun”). As she worked and molded the clay, she began to see things like birds, or fish, or maybe even dogs. It took a while for a business to emerge from those clay mounds, but eventually it did. Like when she gave a good friend one of her hand-sculpted birds, and the friend showed it to a gallery owner, and the gallery asked if they could sell some. And when she and a friend decided to do an art show together in Wyan­dotte, Michigan and she sold everything she brought.

Peggy also credits Terrie Floyd, an artist herself who also worked with Emerging Artists for the ACRE shows. Terrie opened the window on wholesale, giving Peggy all the infor­mation, she needed to take twenty-two orders from retailers at the 2014 ACRE Orlando. Maymeep Studio was a reality and Peggy was enjoying a heap of maymeep!

Naturally there were still learning curves, like doing the ACRE show again in both 2015 and 2016, and finding it resulted in more orders than one per­son, handcrafting every little detail, could possibly fill. She handed off the computer work to her husband, but Peggy still forms every mound of clay and works it until the perfect ani­mal emerges. She painstakingly chooses glaze colors based on their per­sonality and adds bits of discarded junk metal as finishing features. She also only exhibits every other year at the American Handcrafted Show in Philadelphia, does not sell online, and does not do retail.

When a gallery owner suggested she give each piece a SKU and barcode, Peggy recoiled at the idea. These were her good friends in the menagerie! So now after the animals are totally com­plete, Peggy invites her husband to sit with her, perhaps enjoy a cocktail, and bestow on each a most fitting moniker. This means gallery owners are excited to have their customers adopt a member of the Maymeep menagerie, such as Finn (a fish), Skittles (a dog), or even Zebediah (a bird). You can meet the current menag­erie gang at www. maymeep.com.

Peggy vacillates about hiring a studio assistant, knowing her studio could produce more. But she holds off because she loves the thrill of the entire creative process, the rush she gets at her wholesale show when she sells everything and takes two years’ worth of orders. Peggy knows her hands and heart are full with what she has now, and she certainly wants to keep it all very maymeep! 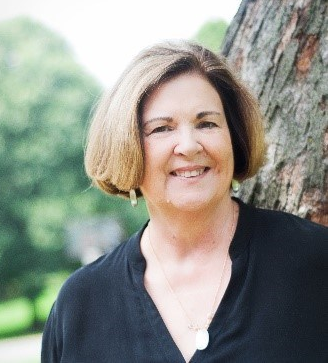 Diane Sulg is Executive Director of CRAFT and founder & co-chair of American Craft Week (ACW). She is a handmade advocate that provides valuable information in her one-day seminars titled “All About Wholesale” at wholesale shows throughout the United States. Diane is the former owner of Maddi’s Gallery in Charlotte and Huntersville, N.C. Take her online course here. 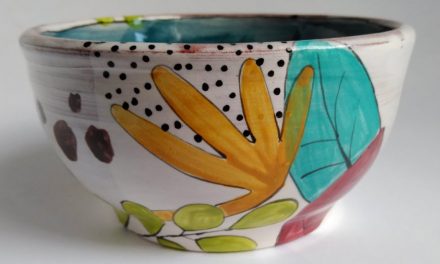 Artisan of the Week: Penny burke, pottery by penny 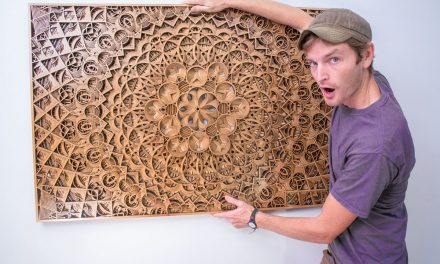 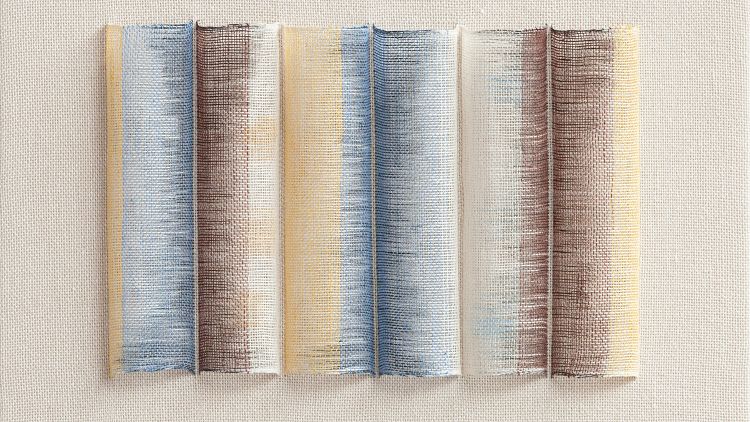 The Many Threads of Tarja