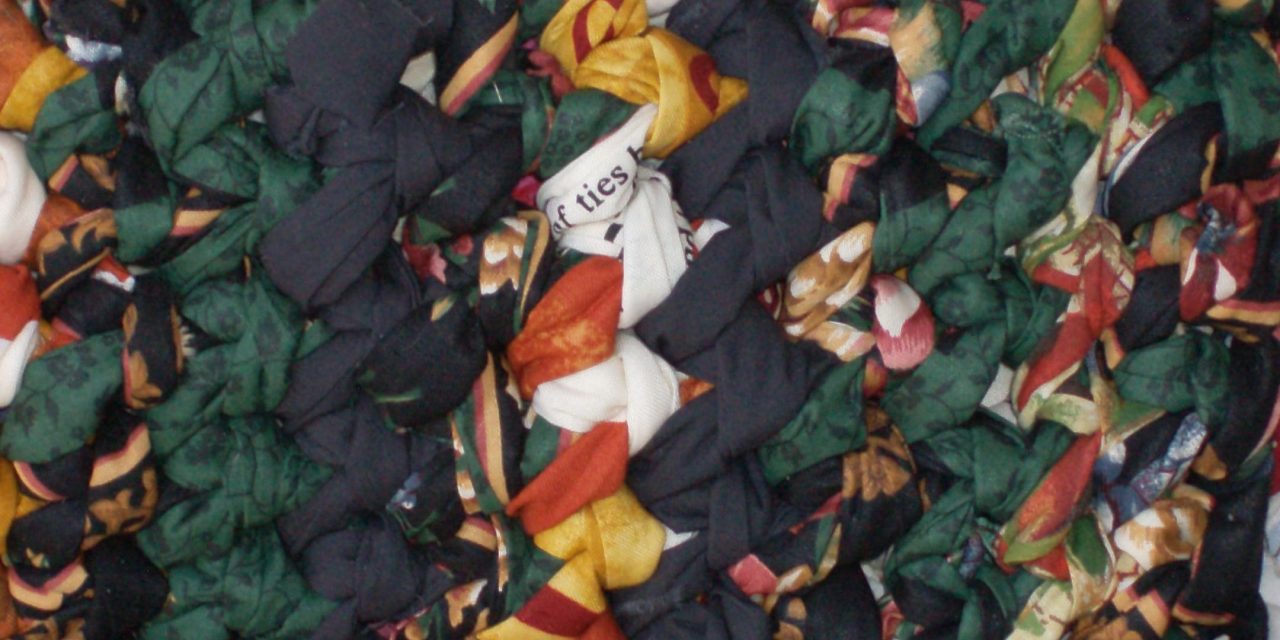 As often happens when one pursues a hobby for a long time, Cherie Smith found herself with a large inventory of crocheted scarves, shawls, cowls, and rugs. Smith designs her wool and silk scarves as she crochets, making fuzzy ones in shades of pink and purple as well as smooth patterns in red and black. “I had too much stuff,” says Smith, who has been crocheting for 72 years. Widowed in the late 1980s and “freed from her responsibilities as a traditional housewife,” Smith drove to southern Utah with her sister to sell their cotton rugs at Peach Days. She says while they did not make sales, they did make a lot of trades.

Smith fared better at shows closer to her home in Holladay where she sold a large rug and 14 scarves and wraps in spite of the 104 degree heat. She also received a lot of orders after vending at an indoor show at the Salt Lake City Library.

With prices ranging from $55 to $200 for rugs, and from $12 for a wrist warmer to $50 for a shawl, Smith says she considers an event successful when she at least covers her costs. Smith taught a crochet rug class at Pioneer Craft House for six years. “I enjoyed that and the boutiques where I sold quite a lot.” Her most success show was at Red Butte Garden’s Holiday show in 2010 where she made a $1,000 profit.

Smith was an early adopter of the social media portal Etsy. “I was one of the first on it after reading an article in the paper.” She maintained an Etsy shop for a decade. Smith says there are too many vendors on Etsy now, many of whom are from countries where they can purchase cheap supplies, so it is impossible for her to price her wares competitively. She adds that in order to have one’s product prominently featured among the 1,400 or so scarf-makers, one must pay a fee.

Smith says she has four bins of scarves in her home that she is debating whether to sell or give away now that her sons are no longer available to help her set-up a tent booth at outdoor events. At age 80, she is reconsidering her options. She continues to crochet, adding to her inventory. 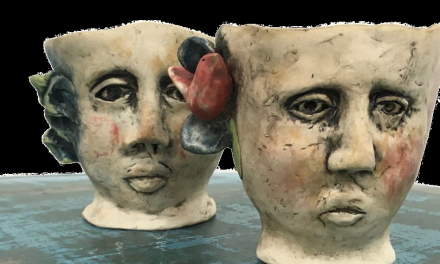 Sharing a Cup with Ashley 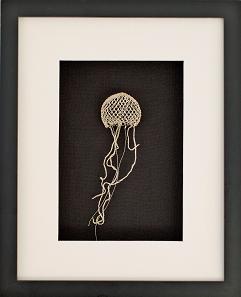